Why is oil palm replacing tropical rainforests: "Palm oil is used as one of the raw materials in a biodiesel production, a fuel that is derived from vegetable oils or animal fats. In general, biodiesels are biodegradable and, when burned, have fewer emissions than traditional petroleum-based fuels. Typically, biofuels are blended with traditional petroleum-based fuels, though it is possible to run existing diesel engines purely on biodiesel, something which holds a great deal of promise as an alternative energy source to replace fossil fuels.

Traditionally environmentalists have been supportive of biofuels for their lower rates of pollution, while others like the idea of reducing dependence on Middle East oil since many biodiesel crops can be grown in friendly territories or even domestically produced. With this in mind, policymakers from Asia to Europe have shown interest and have made a major push to promote and adopt biofuels.
" 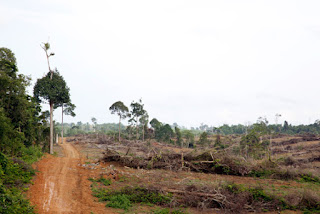 Group releases photos of Borneo rainforest to be converted for palm plantations: "PT Munte Waniq Jaya Perkasa is currently bulldozing forests around Muara Tae to establish an oil palm plantation. The company, which is owned by Malaysia-based TSH Resources, is backed by police and other security personnel.

Tens of thousands protest in Indonesia - Asia-Pacific - Al Jazeera English: "Tens of thousands of workers have gathered outside the presidential palace in Jakarta in Indonesia, demanding higher wages, better working conditions and that more economic growth trickle down to the working class." 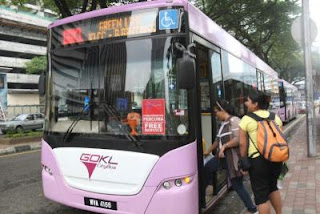 The new GO-KL City Bus service will not only reduce traffic congestions within the city centre but also reduce the cost of transport for the working community in the vicnity.

The Go-KL City Bus service, which starts as early as 6am until 11pm, is a huge relief to the working community and tourists who are heading towards prime city locations.

The service has two lines - Purple and Green currently operating in the city centre."

Your letters: One way to solve traffic problems | The Jakarta Post

Your letters: One way to solve traffic problems | The Jakarta Post: "In addition, all car and motorbike drivers who buy the new expensive gasoline would be given free public transportation vouchers. This would soften the blow a little by giving people a real reward for their money.
"

The palm oil plantations of Malaysia | Al Jazeera Blogs: "The biggest concern is the environment - plantations simply do not support the same variety of wildlife as the rainforest they so often replace.

Consider the area surrounding Sabah’s longest river, the Kinabatangan, on Malaysian Borneo. In the past 30 years, 87 per cent of the forest has been converted to plantation leaving the native orang utan, proboscis monkeys and pygmy elephants struggling to survive in isolated patches of fragmented forest. Orangutans, which normally live high in the canopy, are frequently forced to the forest floor and researchers have even discovered nests on palm oil trees.

Then there are the chemicals and fertilisers that many plantations use to stimulate growth and keep bugs at bay.

And the conflicts with indigenous people who have lived for generations in the jungles that are now being converted to plantations. Often they claim customary rights to the land."

Scientists Race to Save World's Rice Bowl From Climate Change 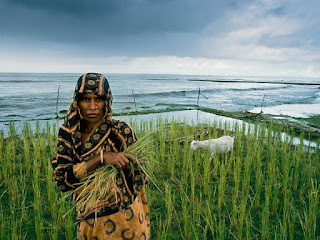 Swells rise into a rice field in Dhal Char, Bangladesh, making it hard to cultivate. Climate change may make such events more frequent and severe.
Photograph by Peter Essick, National Geographic
Scientists Race to Save World's Rice Bowl From Climate Change: "Climate change is predicted to cause more intense and frequent floods and droughts in Southeast Asia, threatening the world's rice bowl and millions of people who live there unless preventive actions are taken soon, scientists warn."

Oil spill disrupts water supply: "MIRI: A massive oil spill forced a major water treatment plant near here to shut down yesterday, interrupting the supply of 125 million litres of water daily to a population of 300,000 people in the city."